Oscillators are used to generate the signals that are combined to make output sounds in computer music. PureData expects output of generators to have values \(x \in [-1,1]\). The oscillators that I made, as instructed by the tutorial, were sine, sawtooth, and square wave oscillators.

I need to do more research about exactly what oscillators are, but this shall happen later.

How do you make an oscillator in Pure Data?

The general steps for making an oscillator in Pure Data are as follows:

Technically, we needn’t graph to make a sound, but it’s nice to be able to see what’s happening.

The steps followed to make a sine wave oscillator, with variable inputs, were as follows:

That’s it! Your code should look like the following. (Yes, puredata is a picture based language.) 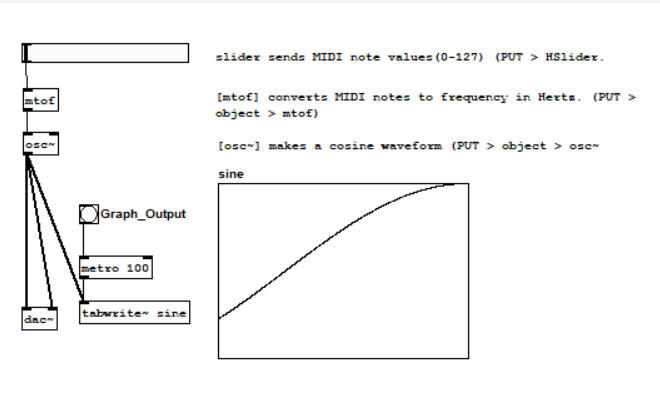 This is really similar. Follow the directions above, but change the following steps: 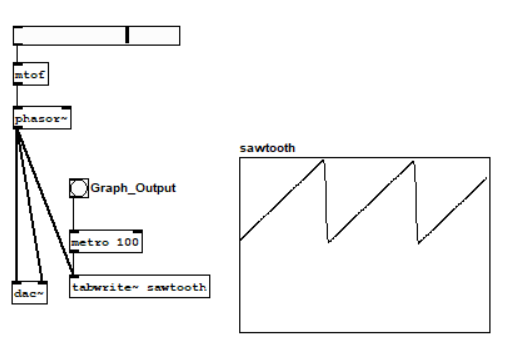 Also really similar. Follow the directions above, but change the following steps: 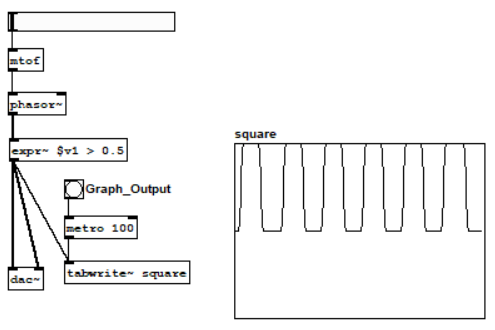